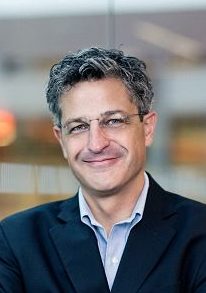 Ebrahim Afsah is Policy Fellow at the Program in Islamic law. He is an Associate Professor of international law at the University of Copenhagen, where he teaches international, European Union, constitutional and Islamic law. Before joining the faculty in Copenhagen, he worked for a decade as a management consultant in the Middle East and Central Asia, primarily on administrative and legal reform, counter-narcotics, prisons and legal training.

His areas of interest are public international law, especially the law of armed conflict; public law, especially administrative and constitutional law in post-conflict settings; and Islamic law, again especially its (underdeveloped) public law. Ebrahim has been a Fernand Braudel Fellow at the European University Institute in Florence, a senior fellow at the Centre for Advanced Study in Oslo.

He has been trained at the School of Oriental and African Studies in London, Trinity College Dublin, the Kennedy School of Government at Harvard, and the Max Planck Institute for International Law in Heidelberg.