Roundtable on the History of Islamic International Law This month, we convened a live Roundtable webinar on the History of Islamic International Law, which accompanies an online Roundtable on the Islamic Law Blog that will feature essays on the theme each week throughout November and December. Organized by Intisar Rabb (Harvard Law School) and Umut Özsu (Carleton University), who are editing a volume on the theme in the Cambridge History of International Law, this Roundtable brings together the contributing authors to that volume – all historians and legal scholars selected for their expertise on the contested status of various visions of international law from the medieval Islamic world to the Ottoman era (622-1923), spanning a variety of regions from across the globe.

The online Roundtable opened with an introduction to the subject from the editors, Intisar Rabb (Harvard Law School) and Umut Özsu (Carleton University), and it will feature contributions on Islamic international law and relations across a vast region of the Islamic world in the medieval period, that is, spanning the beginning of Islam to the mid-15th century, mirroring the first part of the volume. It will also feature contributors to the second part of the volume focusing on the Ottoman era, from the mid-15th century to the early 20th century, with particular emphasis on Ottoman-European relations and questions of private and public international law. The live Roundtable has been posted, and essays for the online Roundtable will continue to feature on the Islamic Law Blog through December. Read them today! 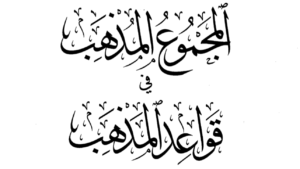 CONTEXT: Workshop on Islamic Legal ‘Courts and Canons’ at Harvard  Last month, Professor Mairaj Syed (UC Davis) presented “Experiments in Searching for Islam’s Universal Canons on the CnC-Qayyim Platform” as part of our Courts and Canons (CnC) Workshop. To explore the literature on legal canons (qawāʿid fiqhiyya), Syed posed the research question: How extensively were universal legal canons cited in premodern canons collections? Searching for the universal legal canon al-yaqīn lā yazūlu bi’l-shakk (certainty is not superseded by doubt), Syed was able to use the SHARIAsource platform for searching canons, CnC-Qayyim, to identify all uses of that canon in his select corpus. He was also able to retrieve a list of results that indicated the amount of time the canon had been cited, the authors who have cited it, and the inter-legal school (madhhab) use—or lack thereof—of certain legal canons over others. Read about his work on the Islamic Law Blog or watch the video today!