Does Islamic Law Support Human Cloning? As a part of the 2019 Digital Islamic Law Lab (now published on the Islamic Law Blog), student editor Nicholas Kellum examines Resolution 100/2/10 on Human Cloning, issued in 1997 by the International Islamic Fiqh Academy (IIFA), located in Jeddah, Saudi Arabia. Kellum’s analysis discerns how one group of jurists makes arguments for and against cloning in Islamic law. In stark contrast from the reasoning used in Iran (and Shīʿī law) to get at similar outcomes, the Academy’s resolution prohibits human cloning but permits other forms of cloning. The Saudi jurists questioning human cloning concluded from a syllogism based on two premises that human cloning was impermissible. But they left open the question of whether a prohibition on cloning would apply to complex forms of cloning that might help reduce human disease. In such cases, suggests Kellum, “the legal canons ‘harm must be eliminated’ and ‘acts are judged by their goals and purposes’ might permit greater human intervention.” How jurists will address looming cloning questions remains to be seen; this case and these canons provide a starting place. Read more. Image credit: Wikimedia/Creative Commons 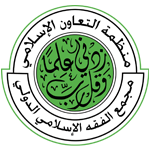 SOURCE SPOTLIGHT: Saudi Islamic Fiqh Academy Resolution on Cloning International Islamic Fiqh Academy Resolution 100/2/10 on Human Cloning (“Resolution”) cites a mixture of Islamic texts and scientific facts to determine the permissibility of cloning. Specifically, the Resolution cites the Qurʾān and ḥadīth, as well as a range of general scientific definitions and experiments. From the texts, the Resolution provides an overview of Qur’anic excerpts describing the purity of God’s creation of man and proscribing manipulations and interventions in it. The Resolution then defines ‘cloning’ as either cloning by division or nuclear transfer—both of which depend on intervention in the divine process of creation. Juxtaposing the two, the Resolution concludes that “[i]t is prohibited to clone human being[s] … by any [] method that results in the multiplication of human specie[s].” Read more. Image credit: International Islamic Law Academy